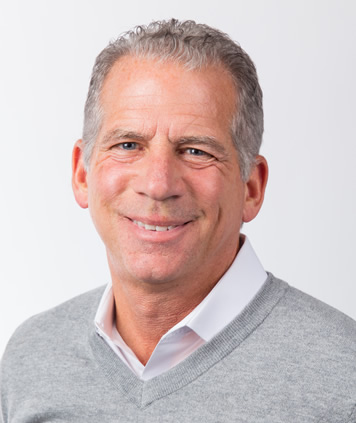 Mitch was destined for advertising since birth. His father was already in the industry, and Mitch even starred in commercials and the show “Captain Penny” when he was young!

When he arrived at The Ohio State University, he created his own advertising degree program, and during the summers he ran a small painting company. After he graduated from OSU, he had a choice: keep painting or look for a job in advertising. On the advice of his father, he looked for a job in radio sales. After about a month of searching, Mitch landed his first job at a heavy metal rock station in Circleville called Z Rock. It was a great experience, and it taught him how to sell and work with clients. He also sold radio advertising at WBNS AM and K95 in Columbus, Ohio, and he did sales and was the editor of Ohio Golfer Magazine.

After gaining enough experience and confidence to start looking for a job at an advertising agency, Mitch interviewed with a small agency in Marion, Ohio, called Badertscher Communications. At Badertscher, Mitch learned the ins and outs of the agency business. Working with clients like Marion Bank, Giant Video, and HealthFirst, Mitch found great pleasure working with clients and helping them achieve their marketing and business goals. After five great years, Mitch decided to venture out on his own and help form Creative Spot.

Today, Mitch loves walking the line between strategy and creative execution. His philosophy: “Hope is not a strategy.” Mitch loves working with established brands as well as launching new companies.

His Creative Spot: Mowing the lawn—there’s something about the purr of the engine, the iPod blaring music, and the sense of solitude.

Conversation Starter: Anything about his family.

Little Known Fact: He had an afro in high school and college.

A Partner Is: Someone who can celebrate the successes but also sticks with you during the defeats.